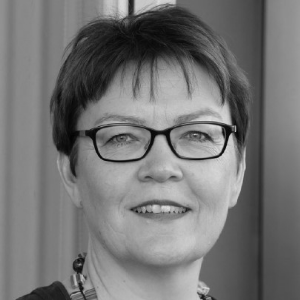 Our mission
Our research aims at the understanding of fundamental cellular processes at atomic detail. Our key interests are the molecular mechanisms of protein homeostasis with focus on cotranslational protein folding, maturation and targeting. Defects in these processes can lead to numerous diseases including neurodegenerative disorders and cancer, which are a threat to our aging society. RNA-protein complexes here include ribosomes and the SRP system. Intrigued by RNA turnover and the importance of non-coding RNAs, we recently embarked on the analysis of a novel exosome adaptor complex. Membrane protein biogenesis extends our long-standing interest in protein targeting. All these processes depend on precisely orchestrated interactions of the proteins and macromolecular assemblies involved with nucleic acids, proteins, membrane lipids and other ligands. We address these topics by a broad methodological spectrum firmly routed by our expertise in macromolecular structure determination.

Our approach
Structural information is the basis to understand the function of macromolecular complexes and their dynamic interplay. We employ integrated structural biology with high-resolution structure determination by cryo-EM and X-ray crystallography in combination with biochemical and biophysical tools (e.g. BLI, MST, ITC, DSF, MALS, HDX-MS, XL-MS, SAXS). State of the art expression and purification strategies are the basis for our studies. Our model systems range from bacteria to eukaryotes and include our pet-eukaryote, the thermophilic fungus Chaetomium thermophilum. With  HDcryoNET and the crystallization platform we established a powerful scientific infrastructure.

Cotranslational processes
Ribosomes are among the largest cellular machines and translate the information embedded in the mRNA into polypeptide sequences. However, the activity of ribosomes is not merely restricted to protein synthesis and to ensuring a high fidelity of translation. They are also crucial players in the modification, folding, assembly and membrane-insertion of newly-synthesized polypeptides. Ribosomes provide a binding platform for a whole network of machineries and thereby determine also the fate of nascent polypeptides. The interaction of these factors with the nascent chain requires precise spatio-temporal coordination as many of them interact already with short nascent chains and use overlapping sites nearby the ribosomal tunnel exit. They can be divided into three main classes: transport factors that assist in ER membrane targeting and insertion of membrane proteins (the SRP/SR/Sec61 pathway), chaperones that assist in correct protein folding (NAC, RAC/Ssb), and enzymes involved in nascent chain modification (MetAPs, NATs). 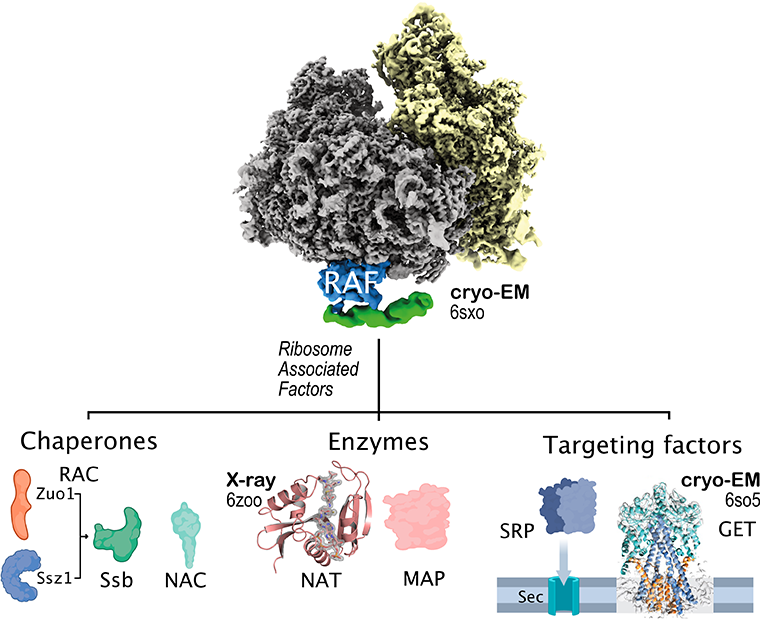 Protein targeting: SRP pathway:
Membrane proteins comprise more than 25% of the cellular proteome and their function depends on insertion into the correct target membrane. Cotranslational targeting by the signal recognition particle (SRP) pathway elegantly couples membrane protein synthesis with membrane insertion by the Sec translocon, and avoids exposure of hydrophobic transmembrane segments prone to aggregation. SRP is a universally conserved protein/RNA complex and the SRP pathway is controlled by a unique set of GTP binding proteins (Kempf et al. 2018; Wild et al. 2016; Montoya et al. 1997), which are regulated by the SRP RNA (reviewed in: Wild et al. 2019; Bange & Sinning 2013). Our goal is to deduce the molecular and structural framework of this multistep regulatory pathway that ensures the fidelity of protein transport. Analysing the first mutations in human SRP54 that cause severe congenital neutropenia as well as Shwachman-Diamond-like disease syndrome is a beautiful example of a detailed QSAR-type study. We showed a critical destabilization of the GTPase that eliminates targeting complex formation with the SRP receptor (Juaire et al. 2021). After showing how SRP RNA remodeling by SRP68/72 supports SRP function in elongation arrest and protein translocation (Grotwinkel et al. 2014; Becker et al, 2017), we recently succeeded in the large scale reconstitution of the complete human SRP system (Wild et al. 2019) opening new avenues for detailed studies.

Protein folding: RAC/Ssb:
Chaperones are essential in promoting correct protein folding in all domains of life. In yeast, the ribosome-associated complex (RAC) consists of the Hsp70 member Ssz1 and its Hsp40 partner Zuo1, which together with Ssb form a functional chaperone triad promoting co-translational folding of nascent chains (reviewed in: Zhang et al. 2017). For a long time, understanding RAC/Ssb function was impeded by the lack of structural information. A previous cryo-EM structure showed the position of yeast RAC at the ribosome, however the limited resolution did not allow to position individual protein domains (Zhang et al. 2014). While it was previously shown that the Ssb ATPase is activated only by the J-domain present in Zuo1, mechanistic details remained unresolved. Using proteins from our thermophilic model organism Chaetomium thermophilum, we obtained first insights into Ssb and RAC (Gumiero et al. 2016; Leidig et al 2013) and showed that Ssb interacts with ribosomal RNA and proteins at the tunnel exit by a conserved cluster of positively charged residues at its C-terminus (Gumiero et al. 2016). By structure determination of the RAC core we could show that the non-canonical Hsp70 protein Ssz1 does contain a substrate-binding domain (SBD). However, it lacks the helical lid domain, and the b-sandwich domain (SBDb) is complemented by the Zuo1 N-terminus (Zhang et al. 2020; Weyer et al. 2017). RAC and Ssb cooperate in a relay system at the ribosome to ensure productive nascent chain handover to Ssb (Zhang et al. 2020). One of the current goals is therefore to resolve mechanistic details of nascent chain recognition and handover in the RAC/Ssb relay.

Protein modification: MAPs and NATs:
A vast majority of nascent polypeptides in eukaryotes experience removal of the N-terminal methionine by ribosome-associated methionine-aminopeptidases (MAPs). Several protein factors that share the MAP-fold, but have no enzymatic activity occupy the putative MAP binding site. These include the ribosome-biogenesis factor Arx1 (Kater et al. 2017; Bradatsch et al. 2007) and Ebp1, which plays an important role in cancer regulation (Wild et al. 2020; Kowalinski et al. 2007). While structural information on 80S/MAP interaction is still missing, the eukaryote specific expansion segment 27 (ES27) seems to play an important role in orchestrating these proteins. Current studies using single-particle cryo-EM address this point.
N-terminal acetylation of nascent protein chains is one of the most common co-translational modifications in eukaryotes. Over 80% of all cytosolic proteins in mammals and more than 40% of all proteins in the yeast Saccharomyces cerevisiae are acetylated by Nα-terminal acetyltransferase complexes (NATs). The precise physiological role of this modification is still not established. However, it has been implicated in protein complex assembly, protein targeting, turnover and quality control. Five different NATs (NatA to NatE) modify each a distinct selection of cellular proteins due to different substrate specificities. NATs consist of at least two subunits, i.e. a ribosomal adapter (auxiliary subunit) and the catalytic subunit, which bind close to the ribosomal tunnel exit. However, the activity of NatA, which has the largest set of substrates, is regulated by additional factors: Naa50 and HypK. We showed that HypK in vitro serves by inhibiting NatA activity (Weyer et al. 2017) and that Naa50 has different, organism-specific roles in NatA regulation (Weidenhausen et a. 2021). NatB differs in substrate specificity and in catalytic activity of Naa20 alone (without its ribosome adaptor) (Layer et al. 2021; Huber et al. 2020). A long-term goal is to dissect the interplay between these enzymes and chaperones on nascent chains emerging from a translating ribosome.

Membrane protein insertion: the GET pathway
Targeting and insertion of membrane proteins into the correct membrane presents a challenge for the chaperones and machinery involved. The SRP system relies on the presence of an N-terminal signal sequence that is recognized in context of a translating ribosome. However, a subset of membrane proteins involved in important physiological processes ranging from intracellular trafficking to protein degradation and programmed cell death lack such a signal sequence. Instead they carry their targeting signal at the C-terminus and are therefore termed tail-anchored (TA) proteins. These proteins are targeted to the ER post-translationally by the GET pathway (guided entry of tail-anchored proteins). Such post-translational system requires a whole chaperone cascade to direct the TA proteins safely to the ER membrane for insertion. While the components of the GET pathway have been identified in the last decade, the molecular and structural framework especially of the ER insertion steps was lagging far behind our understanding e.g. of the SRP/Sec system. We set out to fill this gap by determining key structures on the involved machinery starting with the Get3 chaperone (Bozkurt et al. 2009) and its interaction with the Get1/Get2 insertase (Denic et al 2013; Stefer et al. 2011). Our recent cryo-EM structure of the human GET insertase (McDowell et al. 2020) shows a lipid-stabilized heterotetramer with a membrane-embedded hydrophilic groove and an unanticipated, conserved cytoplasmic helix, and reveals a striking structural homology between Get1 homologs and their bacterial counterpart YidC (McDowell et al. 2021). These structural details are the basis for further studies to understand the mechanisms of TA protein insertion and the role of dynamic membrane remodeling by insertase/lipid interactions. 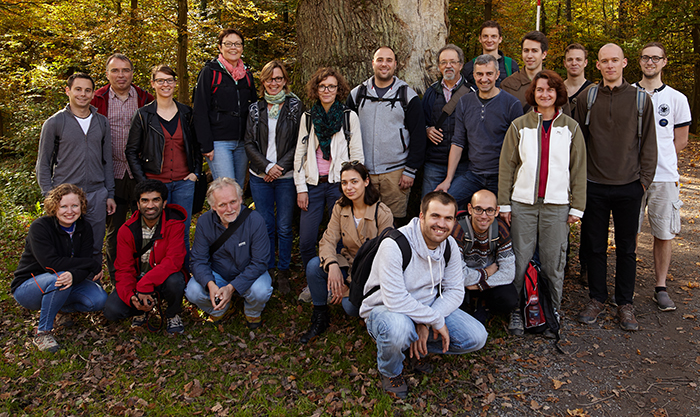 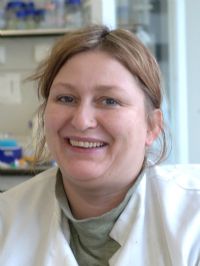 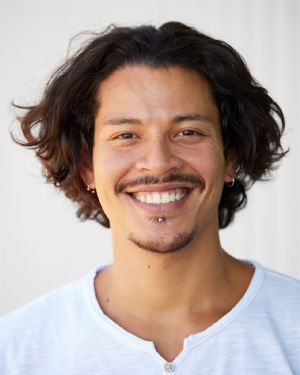 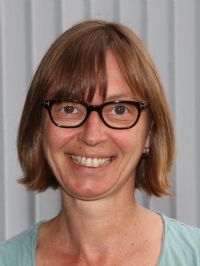 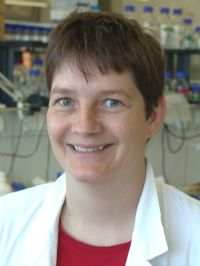 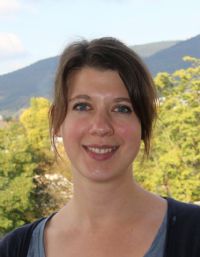 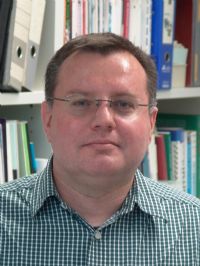 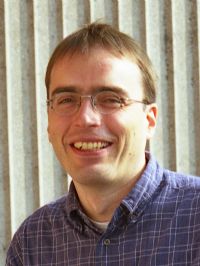 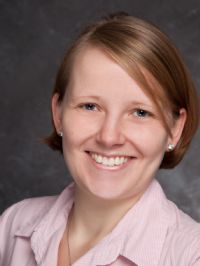 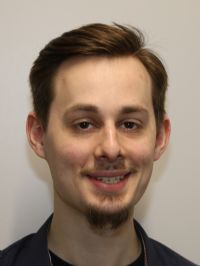 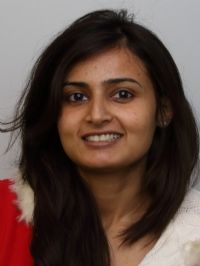 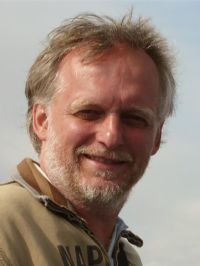 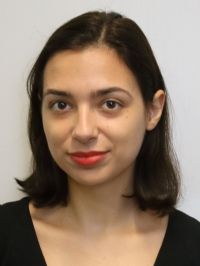 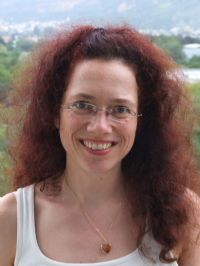 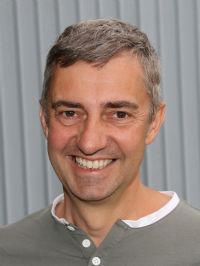 
Please use the Application Form (PDF) provided and fill and save it with Acrobat Reader.