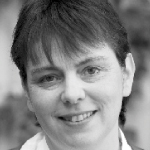 
New drugs against parasitic and cancer diseases are urgently and continuously needed. The aim of our interdisciplinary research is to substantiate disulfide reductase inhibitors as antiparasitic and cytostatic agents. Such compounds are active per se but, in addition, they can reverse thiol-based resistance against other drugs in parasites and tumour cells. Our strategy is based on the synthesis of mechanism-based inhibitors and subversive substrates of the selected targets, namely the glutathione reductases (GR) of the malarial parasite Plasmodium falciparum and man, the thioredoxin reductases (TrxR) of P. falciparum and man, and trypanothione reductase (TR) from Trypanosoma cruzi. The preparation of focused chemical libraries are developed in order to introduce structural diversity and to optimize the most potent inhibitors of the respective enzymes, using both classical medicinal chemistry and parallel synthesis. With the expectation of synergistic effect, double-headed prodrugs are prepared by linking bioreversibly (or not) a disulfide reductase inhibitor to a drug that is known to be directed to a specific subcellular compartment. Their effects on malarial parasites and on human cancer cell lines will be studied, with special emphasis on strains and cell lines that are resistant towards commonly used drugs in chemotherapy, i.e. the antimalarial chloroquine and the anticancer agent cis-dichlorodiamminoplatinum. These inhibitors might become of interest as antimalarial and/or as anticancer agents. The lead compounds will be produced by chemical bulk procedures and serve as candidates for in vivo experiments using mouse models. Validation of the selected targets will be achieved by correlating the molecular mode of action and the in vivo activities of the drug candidates, in particular by studying the modifications of enzyme structure and function exerted by the novel lead compounds. New compounds will be selected as potential antiparasitic or cytostatic drug candidates by the following criteria: high antiparasitic or antineoplastic activity, low toxicity against normal human cells, decrease of intracellular glutathione, thioredoxin or trypanothione levels, reversal of drug resistance, and tolerance by blood cells of persons with G6PD deficiency.