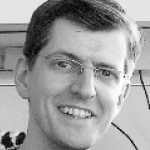 In mammals and Drosophila the circadian clock is constituted by a set of transcription factors that are highly homologous and function analogously. The excellent genetic and biochemical accessibility of Drosophila has therefore been instrumental in identifying genes and mechanisms that constitute the circadian clock in insects and mammals. In both species the basic-helix-loop-helix proteins CLOCK (CLK) and CYCLE (CYC) form a heterodimeric complex that activates transcription of genes with E-box elements in their promotor region. Two CLK/CYC-activated genes, period (per) and timeless (tim), form heterodimeric complexes themselves that accumulate during night and negatively feedback on their own transcription by inhibition of CLK/CYC. Light-induced degradation of TIM results in a decomposition of the PER/TIM inhibitor during daytime allowing a restart of CLK/CYC-activated transcription towards the end of the day. CLK/CYC also activates transcription of vrille (vri) that negatively regulates transcription of Clk resulting in an oscillation of CLK expression. These transcriptional feedback loops constitute the basic mechanism of the circadian clock allowing oscillations in clock-protein concentrations and cyclic regulation of clock output pathways.

The goal of our research is the investigation of the genes and mechanisms that constitute the circadian clock and allow a synchronization of vital activities not only with the environmental cycles but importantly also with one another. We facilitate genetic screens in Drosophila as well as inhibitor screens in cell culture to identify novel clock-associated genes. We successfully isolated mutations in novel clock-associated genes, which we further characterize by genetic and molecular biological methods. Results of these studies elucidate two major aspects of circadian regulation that are poorly understood to date. One focus is the interaction between circadian and cell signaling that on one hand allows circadian regulation of a wide variety of cellular processes, on the other hand allows an entrainment of the circadian clock by non-photic metabolic or behavioral activity. A second focus is the question of how temperature affects the circadian clock allowing circadian and seasonal rhythms to be driven by light and temperature cycles. The novel mutations that we isolated previously provide unique tools to gain insights into these mechanisms.
A third focus of our research is the effect of the circadian clock on the cell cycle, potentially providing means for a circadianly adjusted treatment of cancer that maximizes chemotherapy of tumor cells, while minimizing unwanted side effects.